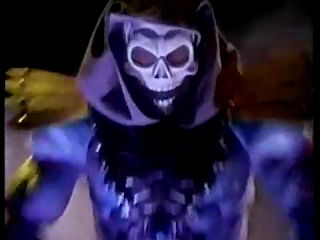 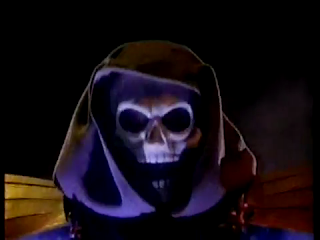 
SECTION: Calendar; Part 6; Page 27; Column 1; Entertainment Desk
HEADLINE: 'MASTERS OF THE UNIVERSE' WILL ZOOM INTO ANAHEIM
"The Masters of the Universe Power Tour," a fantasy-adventure spectacle based on the Mattel toy characters, will be presented April 21-26 at the Anaheim Convention Center and April 28-May 3 at the Los Angeles Sports Arena.
Featuring He-Man, his sister She-Ra and assorted warriors and wizards from the faraway planets Eternia and Etheria, the "high-tech extravaganza" is described as offering clashing armies, dazzling magical feats and even a roller derby, in addition to troupes of acrobats and dancers.
Times for the Anaheim and Los Angeles shows are 7:30 p.m. on Tuesdays, Wednesdays, Thursdays and Fridays; 3 and 7:30 p.m. on Saturdays and 1:30 and 5:30 p.m. on Sundays. Tickets are $10.50 and $9 and are available at Ticketron outlets and at the facilities' box offices.
The $3-million production also offers an 80-by-110-foot traveling stage complete with velodrome, plus a battery of 600 lights and two 30-by-30-foot video screens.
The 60-city, two-year tour began Jan. 13 in Memphis and has already included an engagement at the Radio City Music Hall in New York. The show will play May 5-10 at the San Francisco Cow Palace and May 14-17 at the San Diego Sports Arena.
The show's director-choreographer is Anthony Christopher, who has worked on live theme-park attractions for Disney and the Six Flags chain. He staged the "Adventures of Conan" show for the Universal Studios Tour.
Christopher is also co-founder of Landmark Entertainment Group, which developed "The Masters of the Universe." The touring show's presenters are Pace Management, MTM Presentations Ltd. and the Front Row Theatre.
"The Masters of the Universe" characters were originated in 1982 by Mattel Toys. The characters, which include Orko, King Randor, Teela and the ultra-evil Hordak, have gained additional popularity through a syndicated television cartoon series and numerous comic strip magazines.
Playing the super heroes He-Man and She-Ra are Jack and Leslie Wadsworth, a married couple who met while performing as Conan and Red Sonja in the "Conan" show at the Universal Studios Tour. 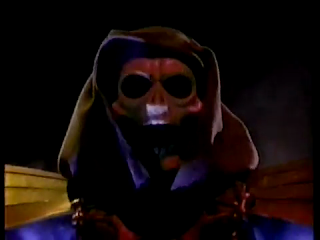 SECTION: Calendar; Part 6; Page 3; Column 1; Entertainment Desk
HEADLINE: KID BEAT: AN INTERGALACTIC EXTRAVAGANZA OPENS IN ANAHEIM
BYLINE: By LYNNE HEFFLEY
It's a gas. It's a multimillion-dollar, high-tech, computerized theatrical extravaganza.
"The Masters of the Universe Power Tour," a glitzy combo of sizzling special effects and non-stop action, opened Tuesday night at the Anaheim Convention Center, following much television and radio hoopla, and Mayor Bradley's proclamation of April 28 as "Masters of the Universe Day" in Los Angeles.
Featuring that Saturday morning television intergalactic duo He-Man and She-Ra, and a host of superheroes and bad guys, the lavish spectacle seemed to boggle the minds of the thousands of tots attending, judging from their loud cheers and eager applause.
Parents' minds also may have been boggled in the lobby, where $6 programs, $5 plastic "power-swords" and other merchandise rapidly flattened many wallets.
Mattel's $2-billion Masters of the Universe toy line has been transformed into a live galactic gold mine. Produced by PACE Management Corp., MTM Presentations Ltd. (a sister company of MTM Enterprises Inc.) and Ohio's Front Row Theatre, the show, currently on a 60-week national tour, is apparently making millions. For example, its 11-day engagement at New York's Radio City Music Hall in February grossed $1.2 million in ticket sales and $350,000 in sales of merchandise.
So, what do you get for your $9 or $10.50 ticket? If you're not stuck high up in a hard-to-see-from side section of the arena, as was this reviewer, where you sort of feel like an orphan outside a candy store, you get plenty: A prerecorded sound track, two huge video screens, ramps, platforms and an enormous stage, a Power Race on roller skates, fireworks, swordplay and a black-light Intergalactic Circus.
You also get characters like Man-at-Arms (Zack Hoffman), Beast Man (Jeff Biggs), Rokkon (Kevin Langston) and Skeletor (Eric Van Baars), their incredibly vivid costumes padded to heroically muscular proportions.
The appealing husband-and-wife team of Jack and Leslie Wadsworth portray He-Man and She-Ra. She's a gorgeous fantasy blond -- he's the one member of the cast who needs no padding.
The Masters of the Universe have transported themselves to Earth to share with its people the history and culture of their planet, Eternia. Songster (Doug Howard) serves as rock 'n' roll storyteller, narrating the action. Unfortunately, bad guys Skeletor and Beast Man, Evil-Lyn (Michelle Nevidomsky) and a contingent of Snake-Men have transported themselves as well, bent on destroying the good guys.
Flashing swordplay and acrobatics highlight the many well-choreographed fight scenes (Tony Christopher is director and choreographer). At one point, the forces of good and evil take to their Power Discs -- roller skates -- battling it out on a velodrome, roller derby-style.
Temporarily subdued, the bad guys retreat, leaving the stage clear for the Eternians to present their space circus, a parade of enormous Talliwallis, Jooglers, Zebrites and clownish Monkey Men.
In the finale, the mammoth stage bristles with swords, sparks and sound, as the evildoers make one last effort to prevail.
At nearly two hours, it's a long nighttime outting for preschoolers, but enthusiasm was not in short supply. The visual splendor of the set (designed by Tom McPhillips) and Waldo Angelo's superb costumes make this creation by Gary Goddard and Richard Hoag a memorable experience.
A 20-minute break during the show interrupts its continuity -- but gives the lobby vendors the opportunity to sell a lot of merchandise. Just before intermission, He-Man entreats the audience for its help in Eternia's struggle, urging children to raise their Power Swords and take the Eternia Oath of Allegiance.
Any guesses as to how many kids without Power Swords came back with them after intermission?
Parents, be warned.
Performances continue in Anaheim through Sunday, tonight and Friday at 7:30 p.m.; Saturday at 3 and 7:30 p.m. and Sunday at 1:30 p.m. (714-634-1300 begin_of_the_skype_highlighting            714-634-1300      end_of_the_skype_highlighting). The show resumes April 28 through May 3 at the Los Angeles Sports Arena, Tuesday through Saturday at 7:30 p.m., with matinees Saturday at 3 p.m. and Sunday at 1:30 p.m. Tickets: $9 to $10.50 (213) 410-1062 begin_of_the_skype_highlighting            (213) 410-1062      end_of_the_skype_highlighting.
GRAPHIC: Photo, View of the giant stage during the "Masters of the Universe Power Tour" show at the Anaheim Convention Center. MARK BOSTER / Los Angeles Times 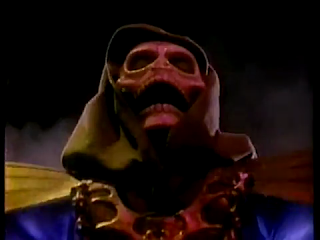 SECTION: LIFESTYLE; Pg. E-6
HEADLINE: Yippee! Stage is set for He-Man, She-Ra
BYLINE: Divina Infusino; Arts Writer
He-Man, She-Ra and the Masters of the Universe are coming to town in a stage production.
"Oh, no," says a typical parent. "I hate She-Ra and He-Man. They didn't start out as cartoons and comic book characters. They began as toys.
Mattel puts them out.
"My kids aren't seeing cartoons on television anymore. They're watching non-stop ads. What happened to fantasy characters that didn't originate as part of some big marketing package?
"Of course, my 4-year-old daughter just loves She-Ra. When did you say the He-Man, She-Ra, Master of the Universe show is?"
It's tomorrow through Sunday at the Sports Arena. Tickets are $9 and $10.50. during its 11-day engagement in New York.
Here, the extravaganza, featuring a laser light show and other special effects, brings to life superheros She-Ra and He-Man and other Masters of the Universe characters. Included are King Randor, the monarch of Eternia; Queen Marlena, former earth astronaut; Snout Spout, the elephant warrior; Orko, the bumbling wizard; Man-At Arms, supermilitary strategist and Teela, his adopted warrior daughter.
Their task: To defend good against the forces of evil, arch-enemies Hordak and Skeletor. (Original, eh?) The battles take place on two 30-foot-square screens and on ramps and platforms with a pre-recorded rock sound track and fireworks.
The two-hour show breaks for an intermission long enough to purchase $6 programs and $5 plastic "power-swords."
Tickets are available at the box office and Ticketmaster outlets.
Showtimes are: Thursday and Friday, 7:30 p.m; Saturday, 11 a.m., 2:30 p.m., 7:30 p.m.; Sunday, 1:30 p.m. and 5:30 p.m.